WELCOME TO THE WORLD OF JIM REAPER
HOW DID JAMIE GET INVOLVED?
I had a really good idea of the style of illustrations I wanted for Jim Reaper. As a huge fan of Mr Gum and the How To Train Your Dragon series, I wanted Jim's stories to have that same characterful loose artwork - cartoony line-drawings, casual, scruffy and full of fun.  My editor, Matilda and I looked at various illustrators. We had great fun making lists of artists we liked.
And then Jamie came up.

As predicted, Jamie brought Jim Reaper and his bonkers friends and family to life with oodles of fun and personality. He also managed to make it look a bit spooky without losing the humour.
My favourite drawn character is Granny Maggot. When I was trying to describe what I had in mind for her, I said: a bit like the queen but with a naughty glint in her eye and bee in her bonnet.
He got her spot on, don't you think!

We didn't know what we wanted until we saw it. So that meant Jamie had to play around with ideas long into the night! Good job he isn't afraid of the dark! Take a look at some ideas he tried out. 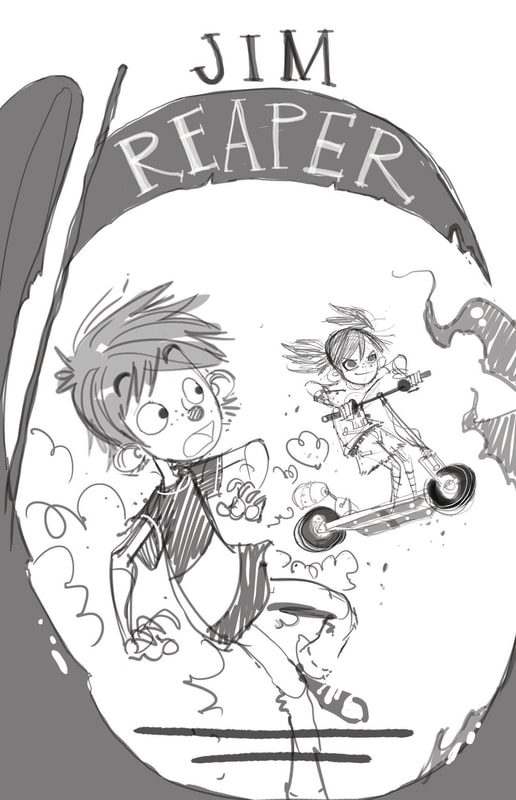 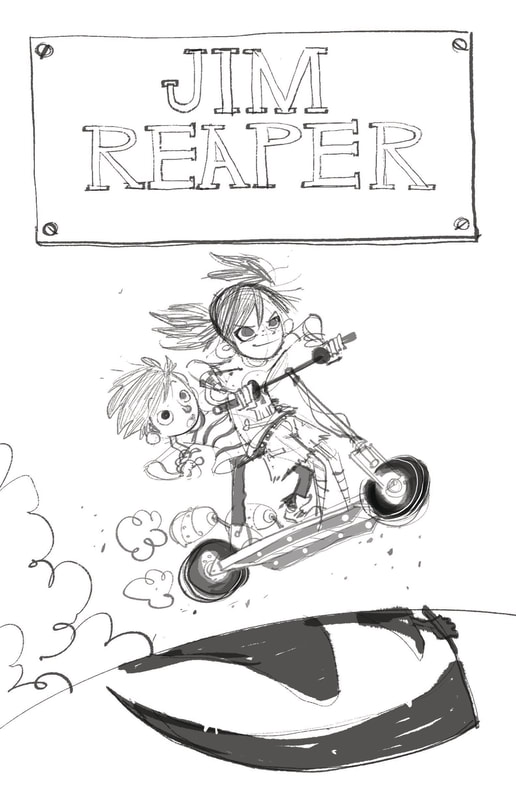 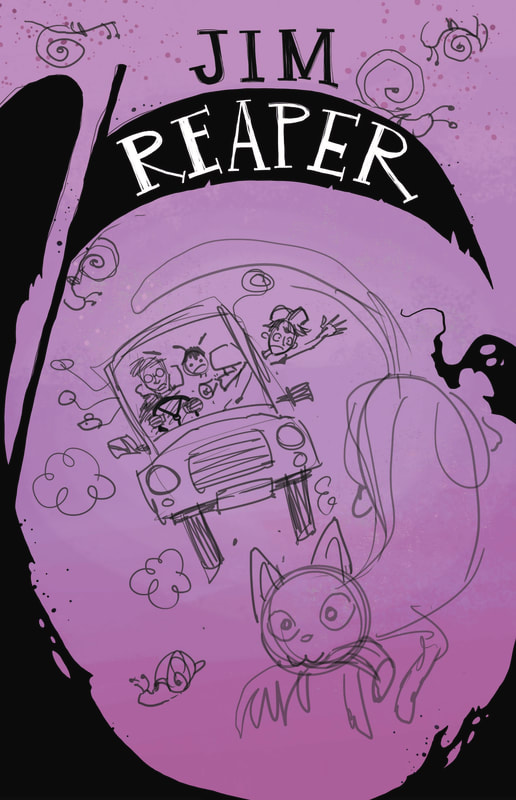 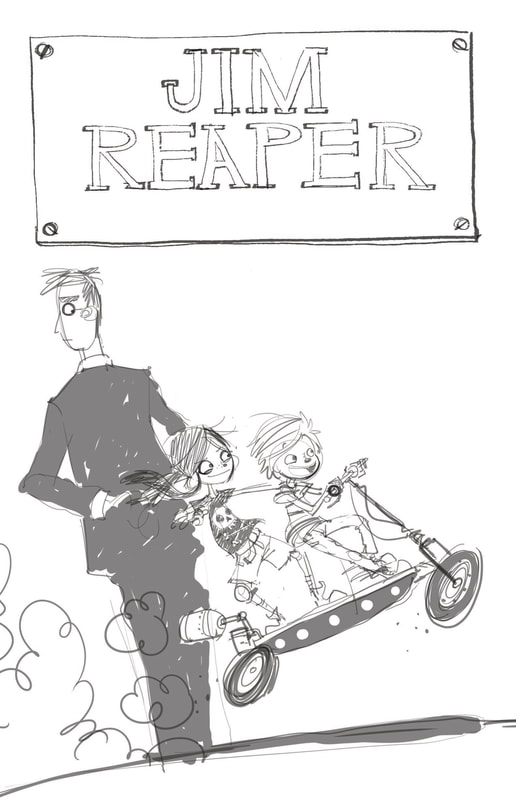 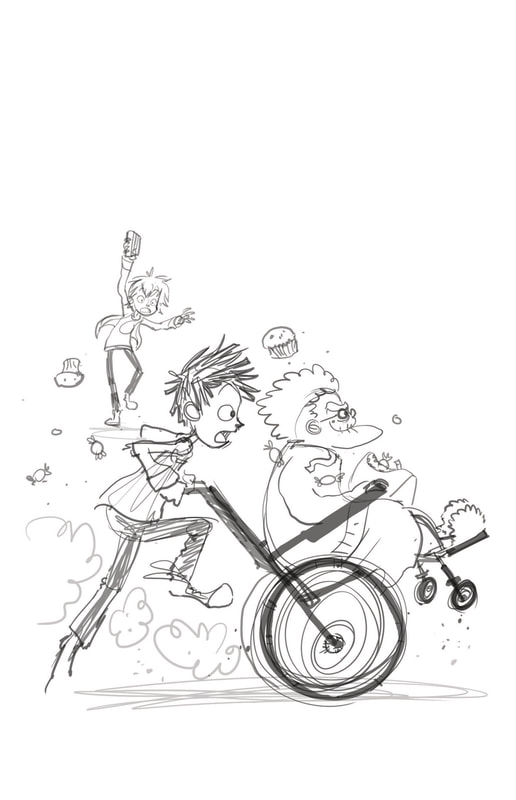 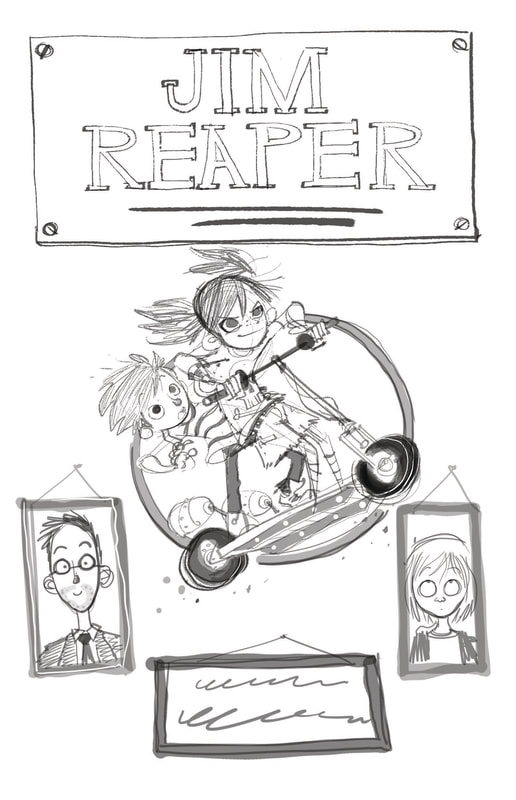 This was a little easier for Jamie to draw. 1. because he's amazing at drawing characters, and
2. because I already had a good idea in my head of what the characters should look like and I could explain exactly how I imagined them. Here are some of the sketches and pictures
Jamie did as the characters came to life. ​Even the minor characters were major stars! 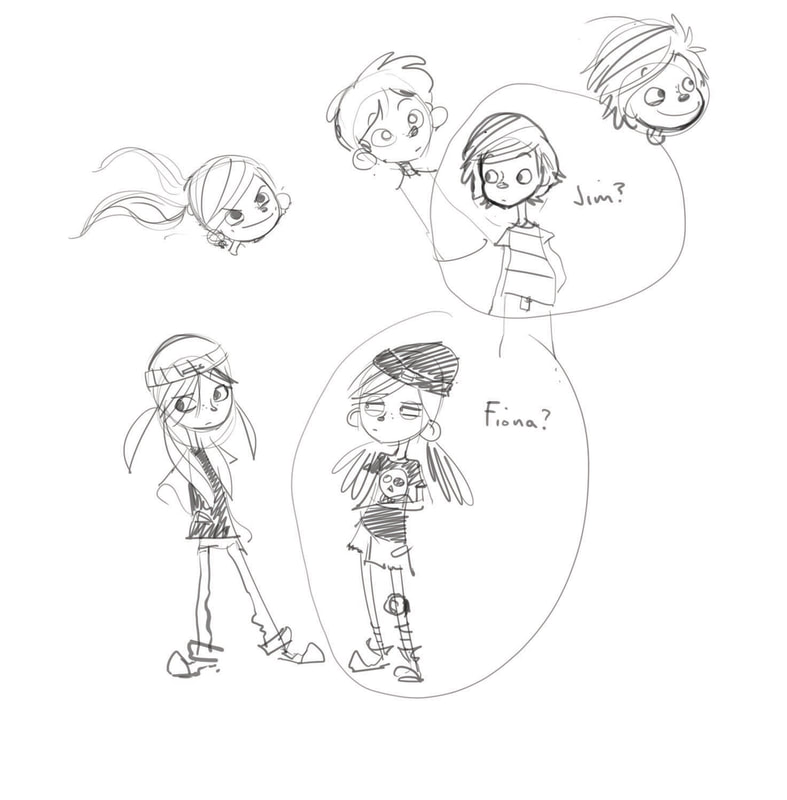 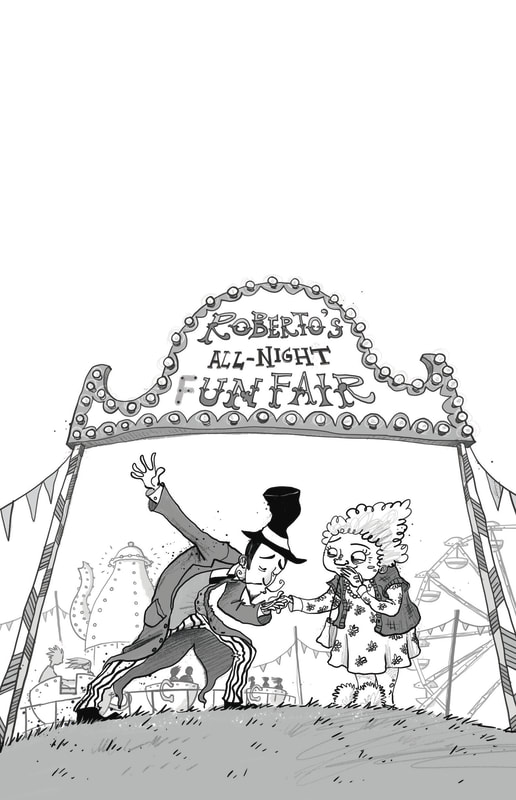 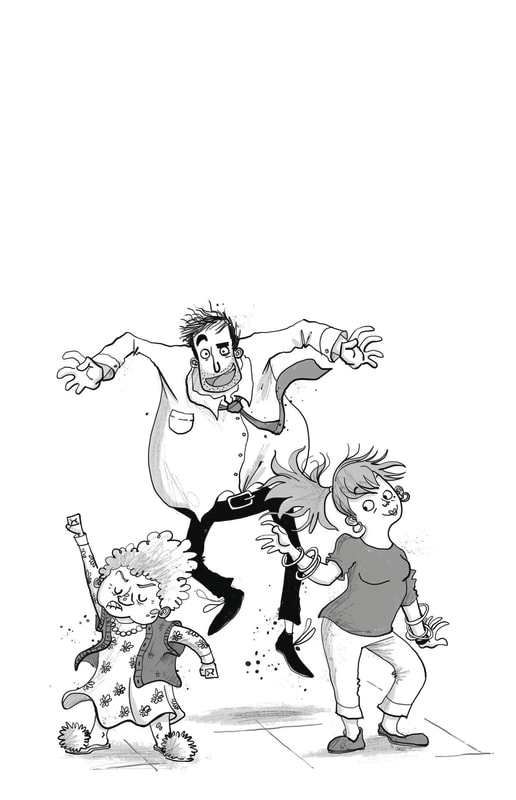 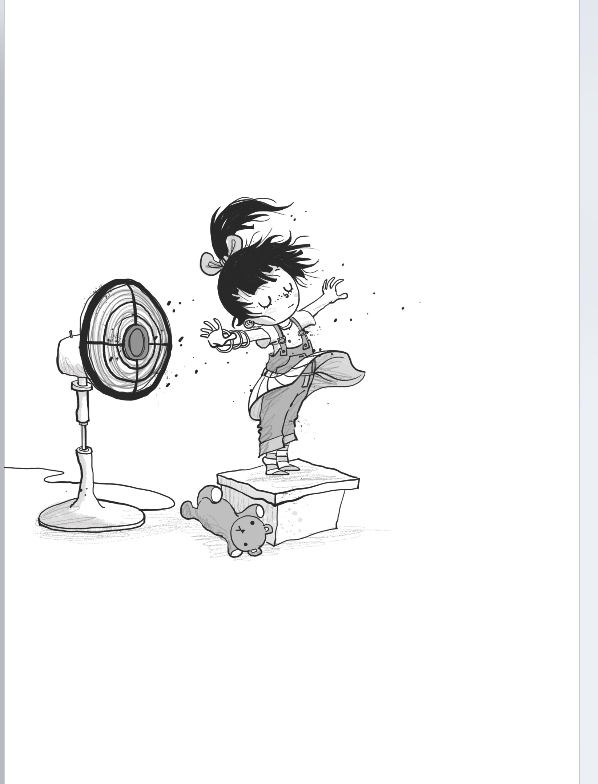 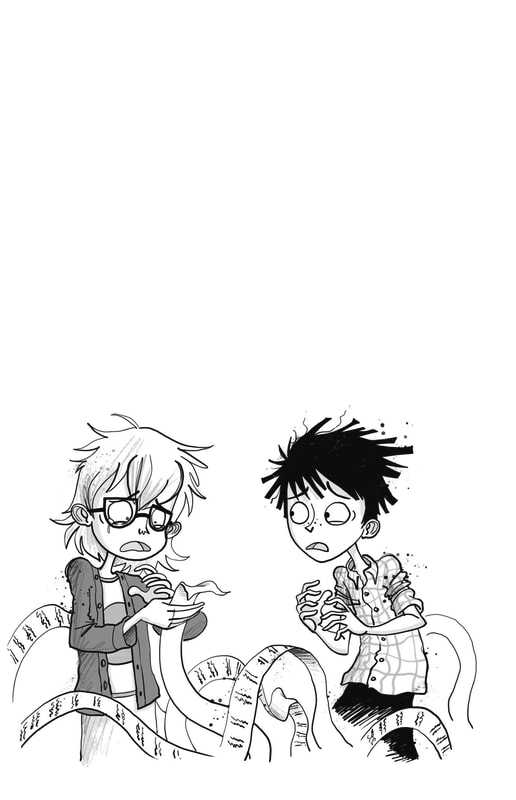 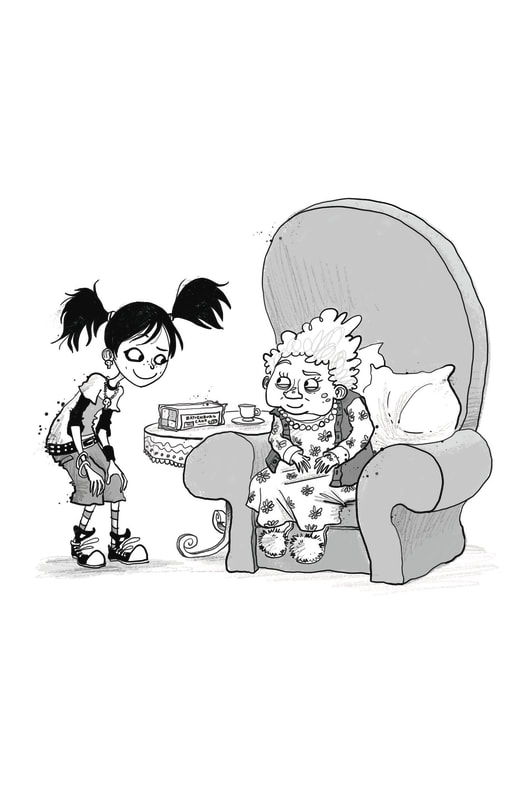 Setting the scene is super important, especially because Jim's world has so many scenes!... His home life, his friend's house, the fun fair, the retirement home,  The Dead End Office... Jamie is so talented, he managed to capture every single scene exactly as I pictured them as I was writing the books. When the sketches arrived, I didn't want to change a thing. 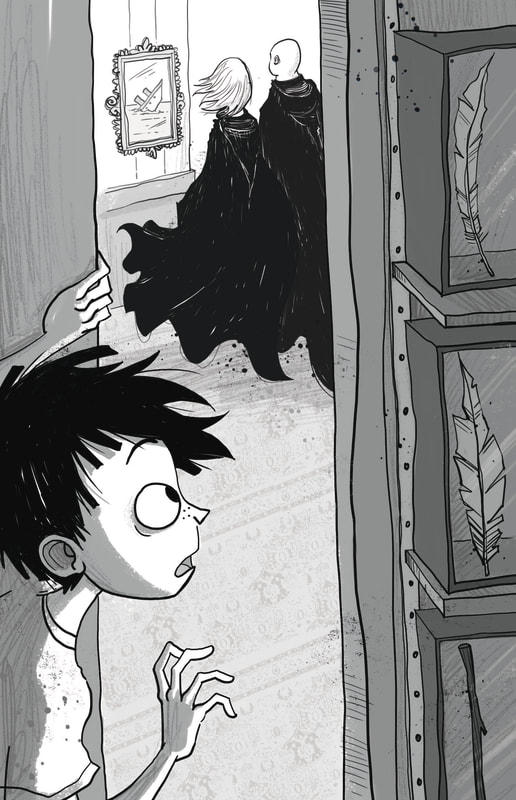 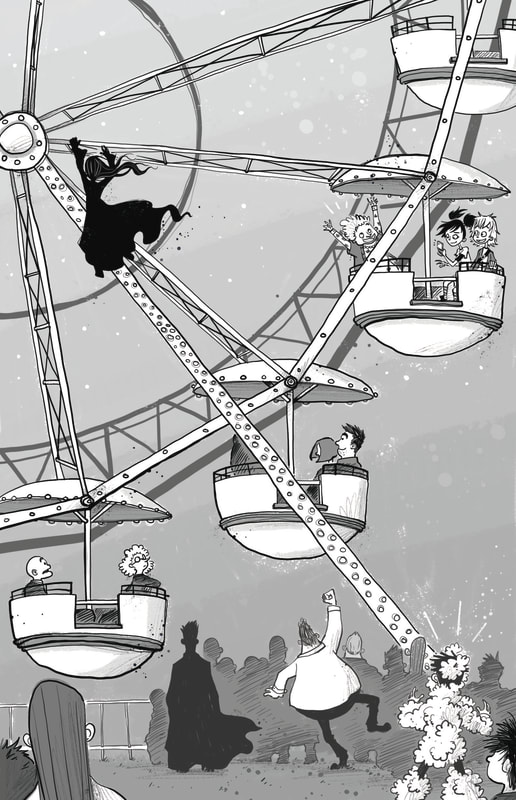 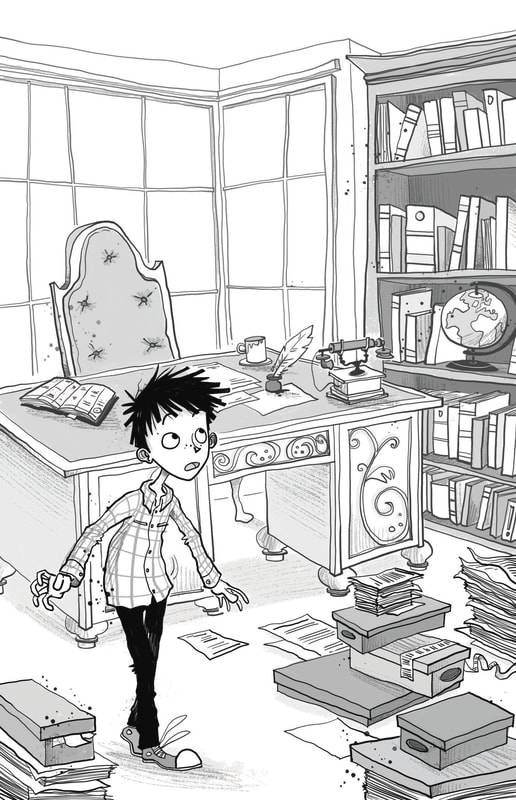 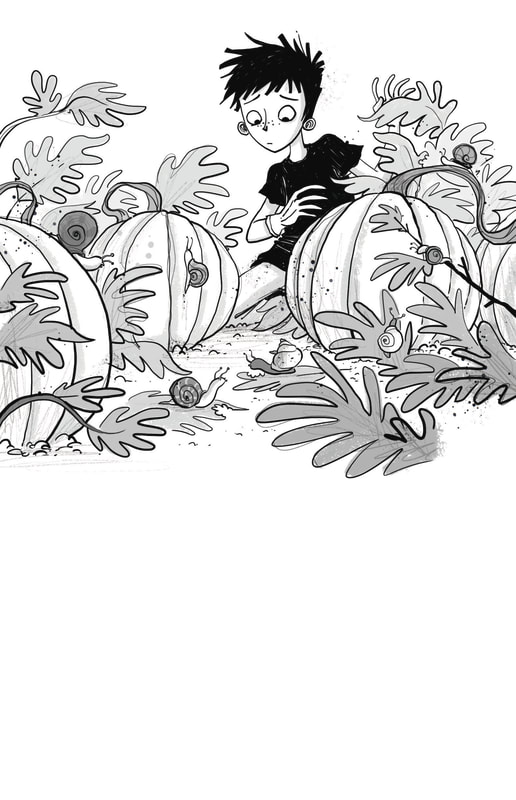 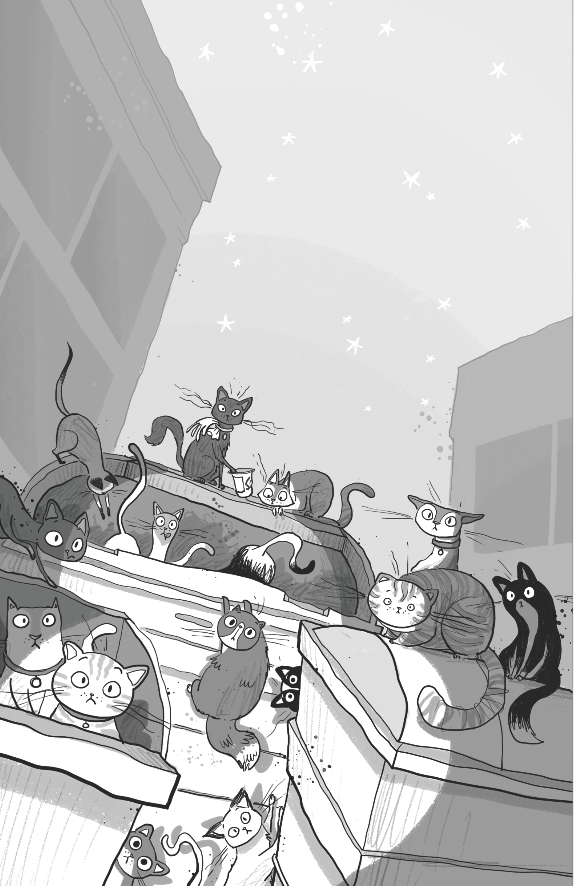 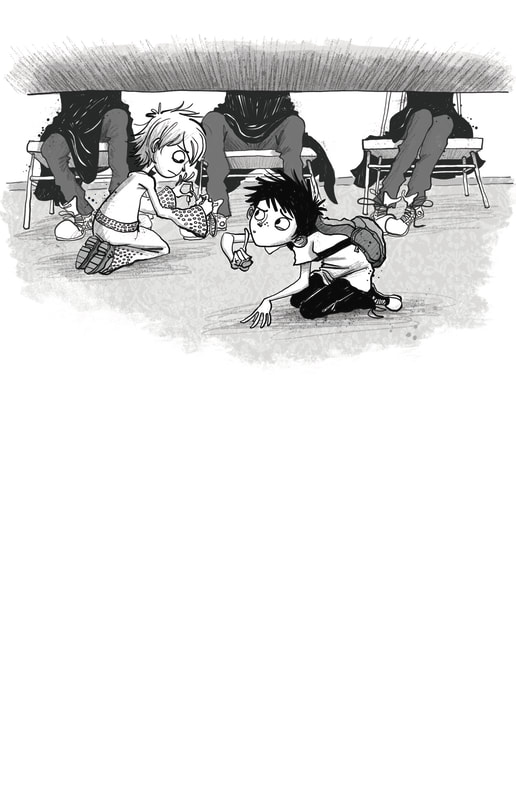 AND MY FAVOURITE PICTURE IS....